A new "Set Appointment" checkbox can optionally be shown, which when checked, will show an extra section allowing you to schedule an appointment.

The Set Appointment checkbox is controlled by the site option: Appointment > Allow scheduling of an Appointment when adding a new Service (APP_FROM_NEWSERVICE) 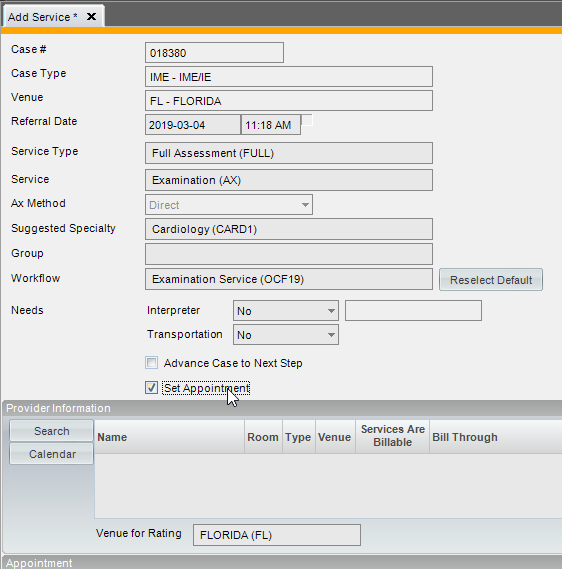 We have added a new pop-up menu that allows you to quickly take an action or go directly to a step.  The menu is shown when you click the action button (or workflow link on the Case form Service List)

The menu has been added to:

This feature is always on for all users, but will only be accessible if the user has access to the workflow at the current step.

Also, direct actions will only show up for users that have access.  The already existing feature access that controls this is: Workflow On File > Allow Direct Action 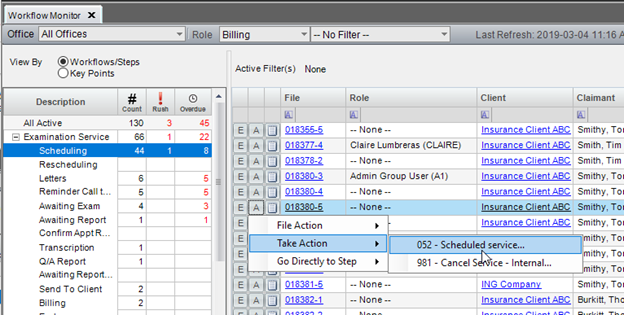